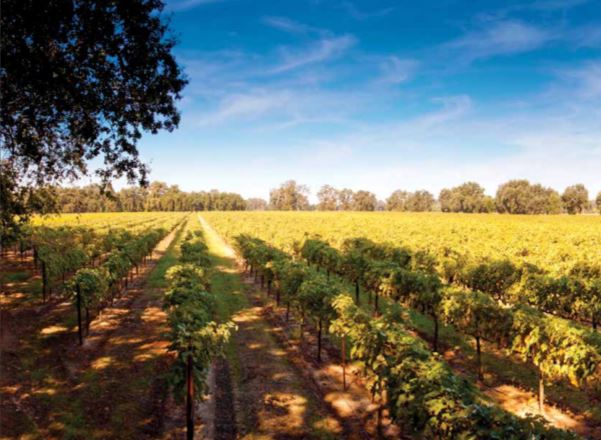 If you enjoy port, the rich, fortified wine of Portugal’s Douro Valley, you’re already a fan of Touriga. Touriga Nacional as it is known in Portugal is one of the five classic grape varieties that are blended to make Port wines. The Touriga variety that won this year’s Best of Show Red at the California State Fair made its way from Portugal to UC Davis where it was selected by St. Amant Winery’s late Tim Spencer and planted at an estate vineyard in Amador County in 1980.

Spencer who was an early adopter of Iberian varieties replanted the original vineyard, a flat site that sits at 200 feet in altitude, to the same Touriga clone in 1994. “Touriga has continued to perform exceptionally well on the heavier alluvial clay soils here which add more concentration and higher levels of tannins to the wines,” said Stuart Spencer who became winemaker at the Lodi winery in 2006. 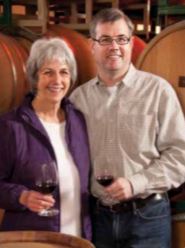 This late ripening, small-berried variety benefits from the cool air that spills off of the nearby Sierras; a key factor that helps the grapes retain acidity and lends freshness to the wines. St. Amant’s Touriga is a richly textured wine with distinct violet aromas and a spicy red fruit character. “We originally vinified it in the Port style and used the grape in dry wine blends,” said Spencer. Today’s version of The Old Soldier ($21 SRP) is a monovarietal Touriga that was destemmed in small lots and aged in neutral oak barrels.

“Touriga is expressive and the wine style in any given year is always going to be dictated by what the vintage gives us. 2016 was a darker vintage with amplified flavors and 15 % abv.” When asked about the name of the wine, Spencer replied, “We have an old dump truck on the property that we fondly called the ‘Old Soldier’ and we felt it was a good name for a wine from an old vineyard site. Both are a testament to our 40-year history of working the land.”

The future for Touriga looks bright as more California vintners are sourcing the grapes and St. Amant has grafted over additional acres to meet that demand. Spencer also sees Touriga as a natural rosé blending grape which means it’s very likely he has a Touriga rosé in the works. The winery produces several Iberian varieties including Tempranillo aka Tinta Roriz, another key port variety, and Verdelho, a crisp lemony white wine in addition to award winning Zinfandel, Barbera and Petite Syrah.

This is the second Best of Show Red award for St. Amant Winery which celebrates its 40th anniversary of winegrowing and winemaking next year. In 2016 Spencer won with an Amador County 2014 “The Road Less Traveled” Tempranillo ($18). “Our business continues to grow as consumers discover Lodi as a destination for enotourism and superb wine quality,” he said. In addition to his role as St. Amant winemaker and vintner, Spencer is the Executive Director of the Lodi Winegrape Commission, an organization that represents more than 750 winegrape growers and 85 wineries in the Lodi American Viticulture Area (AVA).

What a great pairing! @vinidabruzzo and @fresnostatevitclub @fresnostate @enologysociety
Celebrating 30 years with magnums of PIPER-HEIDSIECK Champagne and Sabruese Catherine E. Fallis. @compassphotogs @charcamsf
My belief that the #padres only made marginal wine with the #Mission grape is challenged by @mirafloreswinery. Mission clearly benefits from late ripening as that’s their practice and less-ripe examples have been almost screechy and had little charm. #liveandlearn Bravo and thank you @mirafloreswinery
Soil microbiome synergy per farming method. #NewZealandWine #OrganicWineWeek @gormanmcadams
Want to know more about California #wine? Check out the #WineInstitute's new education platform - www.DiscoverCaliforniaWines.com.
ADAMVS visit for the 2022 #Slowwineguideusa Insectary and Rhyolitic tuff are prime examples of their beautiful Howell Mountain terroir. Thank you Denise Adams and Alberto Bianchi @enawinemakers @alberto_bianchi_wine