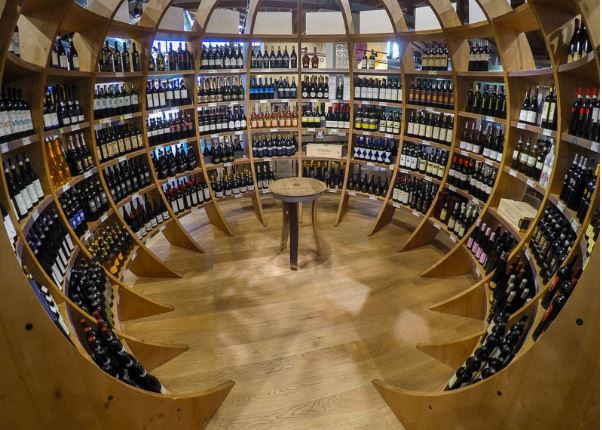 Best known by Americans for its iconic food products—namely prosciutto di Parma, Parmigiano Reggiano cheese, Balsamic vinegar, and its effervescent Lambrusco wines—there’s far more to Emilia-Romagna than these familiar tastes. The city of Bologna reputed for being la dotta(the learned), is home to the Western world’s oldest continuously-operating university, the University of Bologna, and is a place full of surprises.

The tapestry of this region, one that bisects central Italy from coast to coast save for a few kilometers devoted to Liguria before you reach the Mediterranean Sea, is defined by the Po River. The terroir of the river valley leaves its mark on everything produced within its fold. Bologna lies about 45 minutes south of the river and is relatively compact—it’s slightly larger than San Francisco with a population of 1 million people in the urban center.

While it’s a mecca for students, Bologna isn’t overrun by tourists and it flourishes with cuisine, art, and music. In 2006 Bologna became a UNESCO City of Music, one of 30 cities globally that are part of UNESCO’s Creative Cities Network. The University which was founded as the “Studium” by students in 1088, was legally declared a place where research could develop independently from any other power, political or ecclesiastic, in 1158.

Within the city and surrounding countryside there are 50 museums and galleries, many of which are connected to the University, that house collections both large and small. Delve into Italy’s terroir by visiting the Collezione di Mineralogia “Museo Luigi Bombicci” to pour over the impressive Italian Regional Mineralogical Collection and the University of Bologna Herbarium, one of the oldest in Europe, where you’ll find dried plant collections that date from the 16th century onwards.

The collection of extant garments and some six thousand fabric samples at the Museo Del Tessuto e Della Tappezzeria “Vittorio Zironi,” is also captivating. In what would otherwise be called “a wax museum,” the Collezione Delle Cere Anatomiche “Luidi Cattaneo” preserves marvelous 19th-century anatomical wax models that were created for medical students by the Florentine modeler Clemente Susini and Bolognese wax-modelers Giuseppe Astorri and Cesare Bettini.

Clues to the long history and importance of the region’s wine culture can be seen in the 10,000 everyday life objects used by local farmers between 1750 and 1950 that are displayed at the Museo della Civiltà Contadina (museum of peasant farming culture). It’s with these humble artifacts that modern-day life in Bologna was forged. The beautiful historic grounds include gardens, orchards, hemp fields, a park, and the museum itself.

On a much larger scale just outside the city limits you’ll find Fabbrica Italiana Contandina (FICO) Eataly World. Described as a cultural theme park, FICO covers two hectares of fields and stables housing several hundred animals and 2000 different plant cultivars. On display is food processing at 40 farming factories where you can see firsthand how meat, fish, cheese, salumi, pasta, oil, wine, beer, sweets, and other Italian products are processed and you can taste all of them as well.

Winemaking and wine culture are taught at FICO through vineyard tours and tasting classes that explore Italy’s most important native vines including Albana and Pignoletto, both indigenous to Emilia-Romagna.

A Tale of Two DOCGs

The Colli Bolognesi Classico Pignoletto, one of Emilia-Romagna’s two DOCG wine production areas, lies just west of Bologna. The DOCG Romagna Albana region lies southeast of Bologna bordered on the east by the Adriatic Sea with the towns of Ravenna in the north and Rimini to the south.

The wines of these areas and Emilia-Romagna came in to focus for this taster during Enologica, an extraordinary exhibition of the region’s wines and typical food products that’s been hosted by the Enoteca Regionale Emilia Romagna (ERER) in Bologna for the last seven years. The ERER has been in place since 1970 with the charter of promoting and improving regional wine production.

The well-drained foothills of the Apennines are home to vineyards sited on clay and limestone at high elevations. The region’s hot, dry Mediterranean climate is tempered by cooling breezes from the eastern seaboard that provide relief during the summer months.

While it’s been openly contested for its rank as Italy’s first white wine to be awarded DOCG status (in 1987), Albana di Romagna—known since 2011 as Romagna Albana—has demonstrated its prowess over the years. During a presentation at Enologica, led by Daniele Cernilli aka “Dr. Wine,” Cernilli selected a flight of six wines demonstrating a range of styles and the finesse and power that earned Albana its DOCG birthright.

Albana is a thick-skinned, white grape loaded with polyphenols and the catechins that comprise white wine tannins. It’s vinified in four styles—dry, amabile, dolce, and passito/passito reserve styles that can rival Sauternes and Vouvray for their opulence. According to Cernilli, Albana was first planted in southern Italy, but expresses higher levels of tartaric and malic acid when grown in northern climes. Sparkling Albana is successful due to the variety’s elevated acidity but only carries the DOC designation.

Noted for distinctive peach and almond notes, the wines Cernilli poured also exhibited lemon zest, fennel, tropical fruit, quince, saffron, and pear, with the riper passito; the passito reserve had notes of apricot, peach, petrol, honeycomb, and ginger due to the required presence of botrytis.

Formerly part of the Colli Bolognesi DOC, Colli Bolognesi Classico Pignoletto was established as a separate DOCG in 2010 and expanded in 2014. There has been a forty percent increase in plantings of Pignoletto here over the last few years that many attribute the “bubble wave” to. Pignoletto has the ability to make a diverse range of styles, four are made in the DOCG: classic, classic superiore, frizzante, and spumante with the biggest challenge being timing the picking decision for the intended wine style.

The wines are required to be 95 percent Pignoletto with an exception for older vineyards that may include field blends of other varieties. This aromatic grape once thought to be Grechetto has lively acidity and tart flavors of lime and green apple along with higher tannin levels that contribute texture and weight to the finished wines. Sparkling Pignoletto is comparable to Prosecco and the DOCG has begun fostering more organic production. Several Pignoletto wines were included in the Enologica tastings led by different experts.

To learn, read. To know, write. To master, teach.